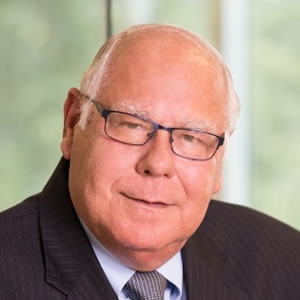 Raised in Orlando, Bob Case graduated from the charter class of the University of Central Florida College Of Business Administration with a dual major of Management and Marketing.

He joined Sears, Roebuck, and Company and served in a variety of management positions, including Store General Manager, Regional Executive Development Manager and Region Business Manager with full P&L accountability for a $90 million enterprise. He later joined All America Termite & Pest Control, which under his leadership became the third largest residential pest control company, with revenue exceeding $120 million annually. The company, which provided services in 17 states and Puerto Rico, became a wholly owned subsidiary of Sears while Bob served as President and CEO. Currently Bob was appointed to the position of Chief Executive Officer of Handex Consulting & Remediation.

In addition to his position as CEO of HCR, Bob was the owner and President of R B Case Consulting, Inc., a company that provides strategic development and executive coaching services. Additionally, he served as the Executive Vice President and Chief Operating Officer for eSchool Solutions, Inc., a software solutions business serving the K-12 educational market. He was a member and past chair of the Dean’s Executive Council and was an inductee in the College of Business Hall of Fame. In 2019, he was awarded with the college’s Lifetime Achievement Award.