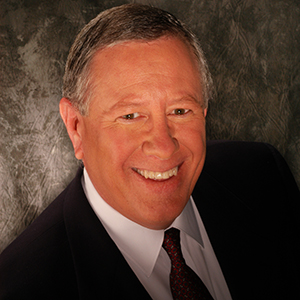 Paul Gregg is a senior instructor at the University of Central Florida, where he has taught Personal Finance and Investments (FIN 2100), Intermediate Corporate Finance (FIN 3414), Financial Statement Analysis and Valuation (FIN 3461) and Financial Analysis Seminar (FIN 6465). He was Interim Chair and Director, Department of Finance and Dr. P. Phillips School of Real Estate from 2013 to 2015, and currently serves as an Executive in Residence.

Gregg has a background in both corporate finance and public accounting. He started his career with Price Waterhouse (PW), where he rose to senior audit manager. He audited a variety of Fortune 500 clients in three offices of the U. S. firm, and also served on an international tour of duty with PW Ireland.

Gregg left PW to join CNG Producing Company, a New Orleans based oil and gas exploration company owned by Consolidated Natural Gas. CNG was one of the 15 companies included in the Dow Jones utility index. While at CNG Producing, he became Senior Vice President and CFO, and had responsibility for all financial, planning, and marketing functions, including hedging and derivative trading activity. CNG was primarily focused in the Gulf of Mexico and was one of the first independents to successfully explore in the Gulf of Mexico deep waters, where oil and gas is produced in water depths exceeding 2,000 feet. Gregg was actively involved in mergers and acquisitions, and met frequently with Wall Street analysts, investment bankers and credit rating agencies.

After CNG was acquired by Dominion Energy, Gregg opted to exercise his change of control agreement and join Road Runner High Speed Online, where he was a Senior Vice President. Road Runner was a Washington D.C. based pre-IPO joint venture owned by Time Warner Cable, Media One, Advance Newhouse (Brighthouse), Microsoft, and Compaq. Reporting directly to the President, Gregg was responsible for all accounting, information technology, human resource, tax and procurement functions of the company. As a result of anti-trust issues surrounding the AT&T/Media One and AOL/Time Warner mergers, the Road Runner partnership was dissolved and the assets were split among the owners as a condition precedent to closing these mergers. After completing his duties at Road Runner, Gregg returned to Orlando and began his teaching career with UCF in 2002.

Gregg is a 2004 inductee into the UCF College of Business Administration Hall of Fame. He received the Order of Omega Faculty Appreciation Award from the UCF Greek community in 2004-2005. In addition, he received the Finance Faculty of the Year Award from the Student Financial Management Association in 2007 and in 2013.