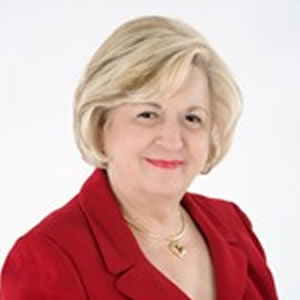 She has spent more than 50 years working to provide the newest medicines and disease management to her patients, most chronically ill. Ms. Adams focuses on affecting positive change for both her patients and the community at large. She also works as a seasoned consultant for the healthcare industry and local and national legislators.

Her impact in the pharmaceutical industry and her community has not gone unnoticed. She was named “Executive of the Year in Pharmacy Services” in the summer of 2014 and 2013 and received the distinction of “Top Female Executive” in 2014 by Worldwide Branding. Only a small selection of members in each discipline are chosen for this distinction among 52 nations for their professional accomplishments, academic achievements, leadership abilities, years of service and other credentials.

Ms. Adams was also honored as “Woman of the Year” by the National Association of Professional Women in 2012 and received the “Woman of Outstanding Leadership Award” by the International Women’s Leadership Association in 2012. Prior to this, in November 2010, the Orlando Business Journal presented her with the “Heroes of Hope Lifetime Achievement Award.”

Also, during 2010, the Good Neighbor Pharmacies of America awarded her the “National Pharmacist of the Year” (N.P.Y.) Award. This award is bestowed on a pharmacist who is “supremely dedicated to improving the quality of life of the people and town he or she serves.”

Previously, Ms. Adams became the first woman in Florida to win the “Wyeth-Bowl of Hygeia Award” in 2006. In addition, she was awarded the “Innovative Pharmacy Practice Award” in 2004 and named “Businessman of the Year” by the National Republican Congressional Committee in 2003.

She also served as a pharmaceutical consultant to U.S. Congressman Bill McCollum for Project Hope and is a member of the U.C.F. Business Hall of Fame. Ms. Adams is proud to have given expert testimony before the U.S. Congress’ House Judiciary Committee on pharmacy-related “fair trade” issues.

Ms. Adams has also served on the Board of Directors for the Transplant Recipients International Organization (1999-2010) and the National Republican Congressional Committee’s Business Advisory Council as Honorary Chairman (2002-present).

Ms. Adams continues to be a healthcare advocate to better the quality of Life for patients nationwide. She’s also been actively involved in more than 40 causes and organizations including Breast Cancer Awareness, the American Diabetes Association, American Cancer Society and the Leukemia Society. Her commitment to community service and supreme dedication to her patients and the pharmaceutical and healthcare industries is a reflection of her boundless passion to truly make a difference!