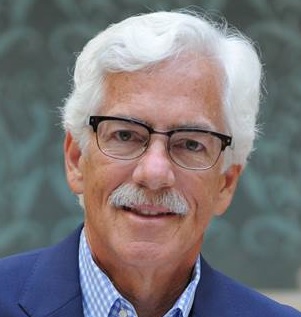 In December of 2003, Mr. Adler retired from Starwood Vacation Ownership, Inc. (SVO), the wholly-owned vacation ownership subsidiary of Starwood Hotels and Resorts Worldwide, Inc. (NYSE: HOT), where he was Director, President and Co-Chief Executive Officer (since 1999).

Previously, Mr. Adler was Director, President and Co-Chief Executive Officer of Vistana, Inc. (NASDAQ: VSTN), a public vacation ownership company, from 1997 to 1999, and President and Director of the privately-held Vistana entities from 1991 to 1997.  From 1983 until 1991, Mr. Adler was Executive Vice President of the Vistana entities which were both privately and publicly held.  Mr. Adler was instrumental in leading the company’s operations during these years which included one of the first timeshare receivable securitizations, the sale of the privately-held entities to General Development Corporation (NYSE: GDC) in 1986, the re-acquiring of the assets of the Vistana entities from GDC in 1991, the successful completion of an IPO (NASDAQ: VSTN) in 1997, and the sale of VSTN to Starwood Hotels and Resorts Worldwide, Inc. (NYSE: HOT) in 1999.

Prior to joining Vistana in 1983, Mr. Adler was employed by Continental Illinois National Bank and Trust Company of Chicago as Second Vice President and Real Estate Lending Officer (1979-1983).  Mr. Adler worked in sales and sales management at Viking Steel Company, a metals distribution center in its Chicago branch office (1974-1979).  Mr. Adler earned an MBA degree in Finance and Management from Northwestern University’s Kellogg School of Management (1977) and a BA degree in Political Science from The Ohio State University (1974).

Mr. Adler currently manages Silver Fox Capital Group, LLC and The Rita and Jeffrey Adler Foundation.  He is a member of the University of Central Florida’s College of Business Dean’s Advisory Board.  In the past, Mr. Adler has served on the Board of Directors of Noteworthy Medical Systems, Inc. (2003-2010), The Community Foundation of Central Florida (2003-2009) where he served on the investment and strategic planning committees, and The Orlando Museum of Art.  He also was a member of the Board of Directors for the American Resorts and Development Association (ARDA) and its strategic planning committee and a member of the Alliance for Timeshare Excellence.