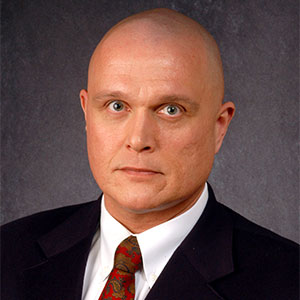 Harry J. Paarsch was born in Ashcroft, British Columbia, Canada, and grew up in British Columbia, first in the village of Clinton, in the Cariboo region, which is located in the southern interior of the province, and then in the village of Qualicum Beach, on Vancouver Island.  After attending grade schools in Dog Creek as well as Clinton, he then attended high schools in Clinton as well as Qualicum Beach, but graduated in 1976 with honours from Brentwood College School in Mill Bay.

Paarsch held the Arch W. Shaw National Fellowship at the Hoover Institution on War, Revolution and Peace, which is located on the campus of Stanford University, and has been a visiting scholar at the Institut d’Economie Industrielle in Toulouse, France; the Instituto de Anàlisis Econòmico (CSIS) in Bellaterra, Spain; the Center for Economic Institutions at the Institute of Economic Research of Hitotsubashi University inKunitachi, Japan; the Collegio Carlo Alberto in Torino, Italy; and the Gary Becker Milton Friedman Institute for Research in Economics at The University of Chicago.

Between 1987 and 2011, his primary research interests were in applied econometrics, particularly as applied to forestry economics and, specifically, the use of auctions to sell timber as well as to procure treeplanting services. In fact, his interest in auctions grew out of his policy work concerning British Columbia forestry.

He has published journal articles in both applied and theoretical econometrics as well as computational economics, empirical finance, industrial organization, labour economics, and personnel economics.

From July 2011 until September 2014, he worked as an economist for Amazon.com, Inc. in Seattle,Washington, initially on the Economics Team, then on the Global Inventory Platform on the Inventory Policy Analytics Team, and finally on the Machine Learning Seller-Services Platform Team of the Consumer Website.

Paarsch is currently Professor of Business Analytics in the College of Business at the University of Central Florida in Orlando, Florida.  This position was created as a result of a recent strategic hiring initiative by UCF to fulfill a critical role in developing the new master’s level business analytics program to be delivered in collaboration with its Department of Statistics.