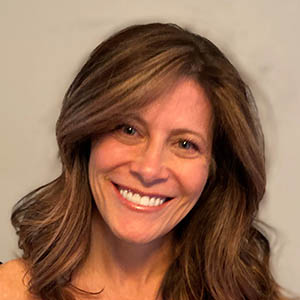 Suzi Katz is director of special programs and events for the Institute for Sport and Social Justice. For more than 35 years, the Institute has used the power of sport to help create a society free from bias, discrimination, violence and oppression. As one of the Institute’s long-time staff members, Katz has held many positions.

Currently, she is responsible for the planning and implementation of National STUDENT-Athlete Day and its Giant Steps Program. National STUDENT-Athlete Day was created to honor the outstanding achievements of high school and college student-athletes who have earned a 3.0 GPA or higher, and who have participated in community service. The program takes place annually on April 6. In 2020 and 2021, more than 13,300 #nationalstudentathleteday hashtags were posted on Instagram, and since its inception, more than 4.4 million student-athletes have been recognized in events nationwide.

Katz is also responsible for planning and implementing the Institute’s most visible fund-raising event, the Annual Giant Steps and Hall of Fame Gala, a 400 plus in-person event where Giant Steps Honorees are celebrated, and the Institute’s Hall of Fame members are inducted. Due to the Pandemic, she produced the 1st Giant Steps Virtual Gala, which reached more than 1,200 people nationwide.

Katz created the Institute’s first stand-alone virtual auction, In it to Win it “GAME ON,” which included many coveted items up for bidding. Through her marketing and advertising plan, the virtual auction reached a nationwide audience and every item was sold.
In addition, Katz coordinates the Hope for Stanley program. Hope for Stanley is a service program whose mission is to provide people in sports with volunteer opportunities in areas affected by natural disasters. Volunteers rebuild homes and communities. While the program was created to help the city of New Orleans following Hurricane Katrina, it has widened its geographic scope. Volunteers have traveled to Tuscaloosa, Ala.., Long Island, NY, Houston, Texas, Baton Rouge, La., and Florida’s Panhandle and worked in Orlando. August 2021 marked the 57th time Hope for Stanley volunteers came together. Together they have worked on 146 homes and donated more than 54,000 hours.

She created the Pat Carter Winter Festival, which has served the Salvation Army’s Women and Children’s Living Center for more than 20 years. The program ensures that each woman and child residing at the center knows that while they are in transition, they are a part of the Orlando community and have not been forgotten.

Katz is the former Director of the NCAS Southeast Region, located at UCF, where she was responsible for overseeing NCAS members in Florida, Georgia, North Carolina and South Carolina. She coordinated the NCAS National Conference, which took place during the week of Giant Steps Gala, and she planned all regional conferences.

In 2009, Katz published her first novel titled, “A Life Revealed,” which was picked up by Barnes & Noble for in-store availability. Currently, she is working on its sequel, “Hiding in the Open.” At the same time, she started Suzi Katz Books, a boutique publishing company.

In 1997, Katz was named as the Class of 1992’s Distinguished Alumni by Fitchburg State College for its Centennial Graduation Ceremonies. In 1999, Katz was named as a Sports Ethics Fellow by the Institute for International Sport. That same year she was also awarded Fitchburg State College’s first Alumni Leadership Award for her leadership in the community. That same year, she was chosen as one of Orlando’s Fifty Finest Single Professionals by Orlando Magazine and the Cystic Fibrosis Foundation.

Prior to her position at UCF, Katz spent more than four years at Northeastern University’s Center for the Study of Sport in Society ending as its Director of Special Projects. Katz earned her Bachelor of Science degree in communications/media from Fitchburg State College in 1992 and her Master of Science degree in sports business and recreation management from Northeastern University in 1995.

She began her career in sport in 1991, when she worked with the United States Luge Association in Lake Placid, NY. She was part of the team that planned the 1992 Olympic Trials and a World Cup race. She also worked with the media providing result information on the U.S. Team’s worldwide events.

Originally from Boston, Katz is a former figure skater and coached professionally. She is an avid Boston Bruins fan. Currently, she resides in Orlando with her daughter Maia (18), who is a college fencer, artist and community volunteer.