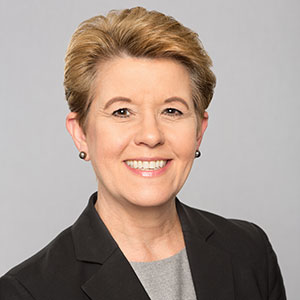 Courses taught at the undergraduate and graduate levels as an adjunct instructor (Fall 2000 through Spring 2002), as a graduate teaching assistant (Fall 2002 through Fall 2004), and a visiting instructor (Spring 2005).

Grant experience within an academic context included fiscal assistance and advice to not-for-profit organizations involved in AIDS/HIV education, testing, and counseling. Such services were provided under the 2003 and 2004 grants between the University and the Orange County Health Department for the State of Florida.

Dennis, L. (2005). Fraud in the Governmental and Not-for-Profit Environments: What a Steal! Lewisville, TX. American Institute of Certified Public Accountants.

Dennis, L. (2004). Fraud in the Governmental and Not-for-Profit Environments: What a Steal! Lewisville, TX. American Institute of Certified Public Accountants.

Planning for Long-term Viability: A Regional Strategy for Central Florida. Making the Grade: From Report Card to Performance in States and Communities Panel. American Society for Public Administration 2004 Conference. Portland, OR.

American Institute of Certified Public Accountants May 2002 to Present

Contract discussion leader for group-study products related to government and not-for-profit accounting and auditing issues presented in various states at their request.

City of Maitland, Florida May 2000 to January 2002Director of Finance

City of Orlando, Florida July 1996 to May 2000Assistant to the Chief Financial Officer-Special Projects

City of Oviedo, Florida June 1989 to June 1994Director of Finance and Administrative Services

Grader for Theory section of May 1984 Uniform Examination for Certified Public Accountants.

Responsible for all aspects of monthly and annual accounting process, audit liaison and initiation and follow through on special projects.

Responsible for planning and administering all aspects of audit engagements, primarily in the government, not-for-profit and insurance sectors, including financial statements, special reports and written evaluation of staff assigned to each engagement.

Responsible for all aspects of local firm public accounting practice including taxation, assurance and compilation services, and management advisory services.

Entry-level staff and supervisory positions in the timber and oil and gas industries in Florida and Texas, respectively.